Here are some news from our band 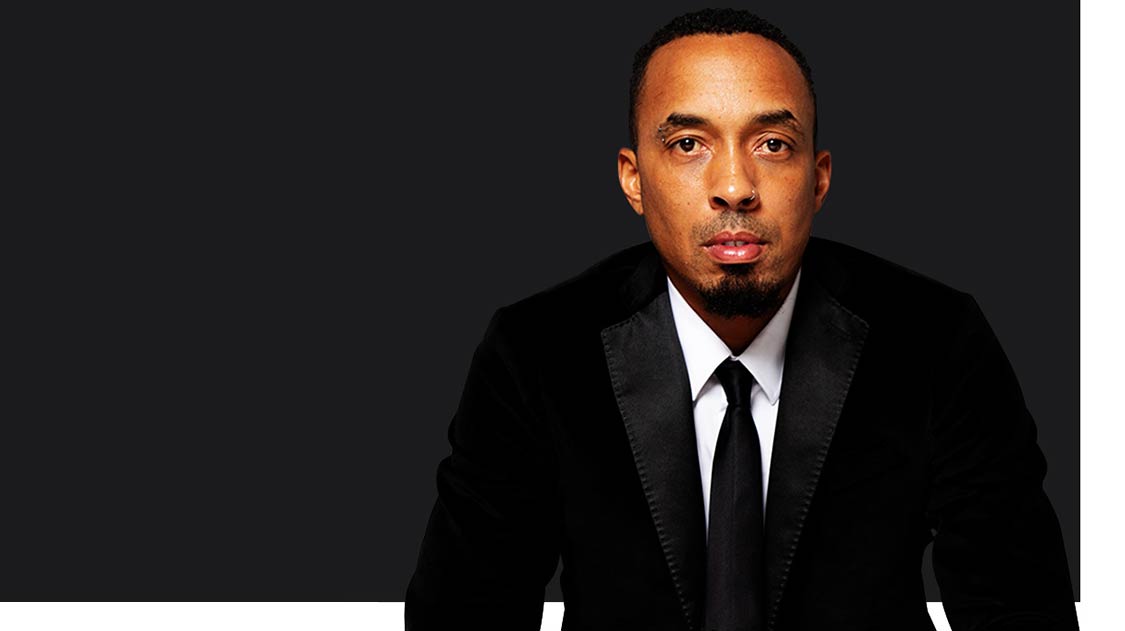 A few guitars lean near a corner, atmospheric colored lights slowly blink behind a computer monitor and unfinished drawings from a Miami artist who applies “whatever your energy puts out” decorate the snow-colored walls.

But the 18 keyboards stacked on racks in front of frosted-glass windows – especially the Roland JX-3P – are reminders of Austin’s ascension from Georgia kid living in a Columbus house with rats running across his floor to successful, wealthy and decorated Atlanta music mogul.

That Roland, a $1,200 investment that his family had to finance for five years in the 1980s, prompted a fight with Austin’s brother (someone wanted the bedroom cleaned, while someone else wanted to practice his keyboard) and spurred a 12-year-old Austin to announce to his mother that he was taking a Greyhound bus to his aunt’s in Atlanta to “be a big record producer.”

His mother calmed her young son down long enough to make a pact that they would both soon move to Atlanta so he could foster his music career.

That was the impetus.

Last month, during a “surreal” ceremony in New York, Austin was inducted into the Songwriters Hall of Fame, a prestigious club that has honored hit-making heavyweights such as David Foster and Billy Joel, Mick Jagger and Elton John, Maurice White and Andrew Lloyd Webber.

Austin’s career accolades are notable, but there is something about this distinction that, a couple of weeks removed from the induction, still makes him shake his head and smile.

“For me, the Grammys were the highest height we could think of. The Songwriters Hall of Fame wasn’t really accessible for us at that point because you had to be 20 years (in the business to be eligible) or Burt Bacharach or Carole Bayer Sager,” Austin said. “But I think they’ve been recently acknowledging our music as being important.”

It started with the 2017 inclusion of Jay-Z and continued last year with Austin’s longtime comrade, Atlanta’s Jermaine Dupri, who returned for this year’s 50th anniversary installment to welcome Austin into the organization.

“For Jermaine to induct me, that says a whole lot about our Atlanta community and what we’ve accomplished and how hard we worked. We didn’t know any better as kids. We just did it. We were so protective of Atlanta because Atlanta wasn’t accepted anywhere else for music – not in New York, not in L.A. – so we created our own,” Austin said, speaking rapidly and thoughtfully. “We thought (we had gotten) far when we created record companies and the TLCs. But for us to get into the Songwriters Hall of Fame and for both of us to be there and be from here…it says a whole lot.”

“Going in with Yusuf was insane. How am I going into the Hall of Fame with a man I thought wrote my nursery rhymes when I was little? I watched ‘Harold and Maude’ as a kid, so the dichotomy of us all going in…,” Austin’s voice trails off and he shakes his head. “I’ve been floating since then. I’m still floating now.”

Austin, at 48, is still restless. He recently returned to his uniquely shaped home off Northside Drive, which he’s owned for “twentysomething years” (it housed Justin Bieber for a while and was on the market as a pricey rental while Austin tended to projects elsewhere a few years ago).

Ever the businessman, his slender frame is draped in a mustard-yellow Rowdy hoodie, while a black baseball cap bearing the company’s logo perches a few inches above eyes hidden behind sunglasses.

In addition to his musical accomplishments, movie attachments (he produced 2002’s “Drumline” and 2006’s “ATL”) and philanthropy (his Dallas Austin Foundation focuses on after-school arts programs), Austin is also the CEO of everything Rowdy.

In 1992 he launched a record label under the moniker and, along with friends Andy Howell and Shepard Faireycq — the founder of Obey Clothing and the designer of the 2008 Barack Obama “Hope” poster — opened the first Rowdy clothing store in Underground Atlanta.

“We used to have to lock the doors because we had lines down the street,” Austin said. “We had that energy.”

Rowdy Collection outposts opened in Little 5 Points, the Highlands and Lenox Square Mall. Then came the recession and everything closed.

Now, the “energy is right again in Atlanta,” Austin said, which is why he believes it’s time to relaunch the Rowdy Collection.

In partnership with Konus Brand, a pop-up boutique will open in downtown Atlanta Thursday through Saturday. july4-6 Austin plans to stage other pop-ups around the city as he rebuilds the brand and introduces it to a new generation who might not realize the cool-wattage of Austin-branded clothing.

“The creativity is bursting through the seams,” Austin said. “We finally got everything put together.”

As for those keyboards, he glances back at the stacks behind him and comments that the dozen or so instruments in the studio are merely the ones that he currently uses. The rest are packed into “three or four” storage units.

And because Austin never wants to forget where he came from, he’s saved every keyboard he’s ever owned.

Ima need it Back